Superb and unique street corner in a former bank, 12 feet high, 2150 square feet on the ground floor with huge windows and 1100 sq.ft. in a finished basement

MAGNIFICENT GREY STONE BUILDING, ON THE CORNER OF ADAM STREET WHERE THE ARCHITECTURAL VALUES OF THE BANK HAVE BEEN PRESERVED .THE VAULT HAS BEEN CONVERTED INTO AN IMMENSE WALK-IN, THE MARBLE FLOORS OF THE TIME ARE IMPECCABLY RESTORED AND THE SCALE OF THE LIVING SPACE WILL APPEAL TO ANYONE. NEIGHBORING TO THE CHURCH OF TRÈS SAINT NOM DE JÉSUS, THE BUILDING WAS A BRANCH OF THE "City and District Savings Bank of Montreal"
Possibility of converting the actual DEN with a very large window into a second bedroom ( 16x15 ft) on the GROUND FLOOR.
2150 sq ft on ground floor living space with oversized windows and 12 feet ceilings. The 1100 sq ft basement is also a Must see !
In 2008, this building received an Heritage Emeritus Award from L'Operation Patrimoine architectural de Montréal in the residential category; the mention is as follows:
Built in 1902 to house a bank, this building is today a residential building. The replacement of doors, windows and balconies, as well as the cleaning of copper cornices and stone facing, greatly contributed to its development. The new components respect the architectural expression of origin while bringing a subtle note of contemporaneity. 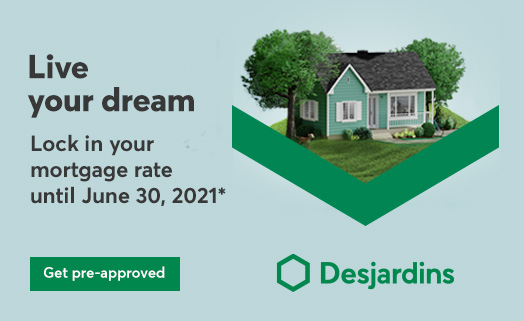 My name is ANDRE DESBIENS, RE/MAX real estate broker. How may I help you?