In 1995, RE/MAX du Cartier first opened at 835, Saint-Joseph Blvd. E., the prestigious Montréal street toward where professionals of all kinds congregate.

The rapidly growing real estate market prompted RE/MAX du Cartier to gain a foothold in the Ville Mont-Royal sector. Our agency has become an essential destination for buyers and sellers looking for a property in the affluent centre-west part of Montréal. Many of our brokers even live in this area. There's no better way to know a neighbourhood than to live in it.

RE/MAX du Cartier had to open an agency in this rapidly developing sector. The office located on Saint-Laurent Blvd., in the heart of Little Italy, consequently opened in 2003. Today, 60 of our over 200 brokers work from this location and this agency is definitely the leader in this sector. Our market share is evidence of this! (Source Centris)

An indisputable leader in the industry, RE/MAX du Cartier opened its fifth office in the heart of Hochelaga-Maisonneuve, on Ontario Street. A major location providing services to individuals, families and investors in a rapidly developing neighbourhood.

It was in July 1995 that RE/MAX du Cartier opened its doors at 835, boul. Saint-Joseph, in the Plateau Mont-Royal. Quickly the real estate agency is noticed and several experienced brokers join.

RE/MAX's reputation, their excellent brokers and a rapidly growing real estate market encouraged broker-owner Serge Brousseau to purchase a second franchise in 1997, which he established in a space already occupied by a real estate company on Bernard avenue, in Outremont. Under the RE/MAX du Cartier banner, the location quickly turned around.

Then, very quickly, in 2003, the Cartier RE/MAX family grew with a fourth office in the Villeray neighbourhood, on Saint-Laurent Boulevard, in the heart of Little Italy.

With the opening of its fifth location in Hochelaga-Maisonneuve, RE/MAX du Cartier now has an enviable reputation. The agency's more than 200 realtors and sub-franchisees cover all sectors of Greater Montréal.

RE/MAX du Cartier is a success story thanks not only to the talent and commitment of its brokers, but also to its passionate support staff and experienced directors. 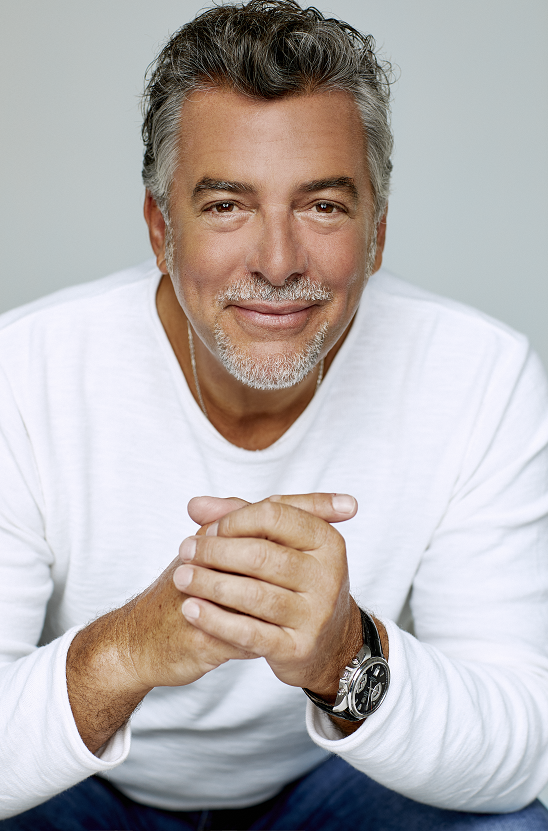 Mr. Brousseau obtained his real estate brokage license in 1986. Having achieved rapid success, he was named director of the agency of which he was assigned. Soon after, he became director of RE/MAX Outremont, where he would realize his goal of eventually opening his own branch. in 1995, he opened his first branch, located in Plateau Mont-Royal. His determination and charismatic charms quickly rendered him the indisputable reference in real estate. In 1997, Mr. Brousseau purchased the Outremont branch where he had once been director. Due to his favorable reputation, he was elected in the same year as president of the Greater Montreal Real Estate Board.

His success would continue, as a few years later, he would acquire the Town of Mount-Royal branch. As a recognized dominant figure in the real estate profession, he succeeded to become president of the OACIQ administrative council (Organisme d’autoreglementation du courtage immobilier du Québec), a position that he held with upmost professionalism for twelve years.

During this period, M. Brousseau opened a new branch in the Villeray district (Little Italy) in a modern and sophisticated locale. He would also become proprietor of the Westmount and Notre-Dame-de Grâce agencies. Unfortunately, the obligations required to manage these two extra locations became considerable and he withdrew himself from these agencies.

Always actively implicated in the formation of brokers, Mr. Brousseau established the Collège d’Enseignement en Immobilier (CEI). A few years later, unable to refuse their offer, he relinquished the guides to RE/MAX Québec. Today, CEI is a recognized institution in the world of real estate in Montréal.

In 2019, Mr. Brousseau proceeded to open a fifth branch, in the Hochelaga-Maisonneuve district and finally, in 2020, a fusion with RE/MAX Immo-Contact agency which has a storefront in Duvernay, Laval. It is a great accomplishment that RE/MAX du Cartier now consists of six branches comprised of over 310 brokers to serve its clients wherever they may be.

This jack-of-all-trades still has many projects yet to be realized and will continue to execute his vision of innovation in a world in which he knows more than anyone: Real estate! 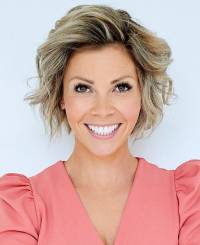 Ms. Payant joined the RE/MAX du Cartier management team in 2018. Ms. Payant is particularly proficient in business development as well as in supporting brokers at the organizational level. She developed and perfected her knowledge of the industry by occupying, for many years, a managerial position at Prospects. Supporting brokers in their daily tasks as well as offering ongoing assistance remains a large part of her priorities. Her passion is to make the agency shine as well as all brokers with which she collaborates. She continues to contribute to the expansion of RE/MAX du Cartier whilst empowering her brokers to flourish.

With contagious energy and grand ambitions, Ms. Payant is a veritable asset to the team. In 2019, she became a company shareholder and joined investors Mr. Brousseau, Mr. Chénard and Ms. Cardinal. Contact Ms. Payant today for some sound advice! 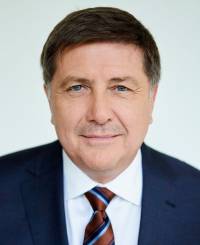 Mr. Chénard certainly has real estate in his genes! While he was in his early 20’s, Mr. Chénard began investing in income generating real estate and discovered that real estate was his passion. It became his choice of career, which began as a real estate broker with RE/MAX Défi in Valleyfield over a twelve-year period followed by twenty years as a mortgage broker with Desjardins. In 2016, Mr. Chénard decided to redirect himself, although remaining in the domain of real estate, and purchased the franchise RE/MAX Immo-Contact in Laval. Since then, Mr. Chénard has provided an attentive ear to his brokers and contributes a work environment that permits them to achieve their highest career potential.

This new partnership with RE/MAX du Cartier is an extension of his objective, since it will offer valuable tools needed to meet the challenges that the following years will bring to the real estate market. Those who know him will agree, what remains most important to him is the aspect of humanity behind all his brokers. In this context, his door will always remain open and it is with much anticipation and enthusiasm that he intends to meet you. 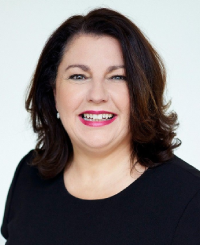 Ms. Cardinal is an attorney whose practice is focused on real estate law. Since 1991, she has been practicing in her boutique real estate agency and throughout the years, has regularly pleaded in court and settled countless disputes for her clients.

Ms. Cardinal also taught real estate brokerage at Valleyfield CEGEP as well as having offered training and workshops in the field of real estate law. She has always remained committed and involved with the community, most importantly with the Operation Enfant Soleil and the Muscular Dystrophy Association. In 2016, whilst maintaining her law practice, she purchased RE/MAX Immo-Contact with her husband, André Chénard. She has created a special bond with her team for whom her door always remains open. Following the merger of the two RE/MAX agencies in 2020, Ms. Cardinal is now a shareholder in RE/MAX du Cartier. She therefore joins the management team of Re/MAX du Cartier, the highest grossing real estate agency in Quebec. 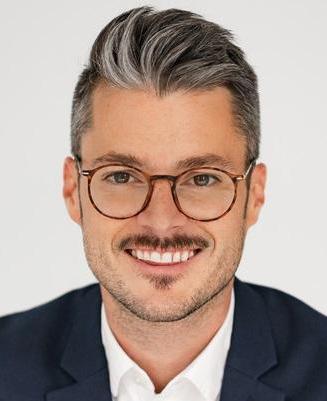 Marc-Antoine Bondu has been practicing law since 2011, and has a master’s degree in business administration. His passion for justice and real estate led him to handle litigation for the OACIQ. He acted as a legal counsel for the Office of the Syndic and pleaded many cases before the Disciplinary Board and the civil courts, at first instance and on appeal.

Marc-Antoine Bondu perfected his expertise in professional and disciplinary law by joining a professional order’s management team, where he set up, revised and supervised the operations of several committees and regulatory processes. He also offered training on the ethical duties and obligations of professionals, and the role of orders and regulatory organizations regarding public protection. With this expertise, Marc-Antoine Bondu joined the ranks of RE/MAX du Cartier in 2021.

His human and pragmatic approach is a valuable asset when it comes to problem-solving. He shares his knowledge in clear language and always favors the most effective solution for the parties involved in atransaction. Undoubtedly, his rigor and versatility make him a major ally in supporting the property brokers of RE/MAX du Cartier in their quest for excellence. Nicolas Paul Roy has gained extensive experience in various fields. His training in architecture, aeronautics and real estate has brought him attention to detail in the construction, assembly and observation of buildings and materials.

His experience in real estate brokerage, acquired over 13 years in the residential, commercial and industrial fields, allows him to know the needs for both new brokers and experienced brokers.

Knowledge and competence give him a solid expertise and allow him to advise all clients well during a transaction. Passionate, diplomatic and always available, he will satisfy all your expectations. 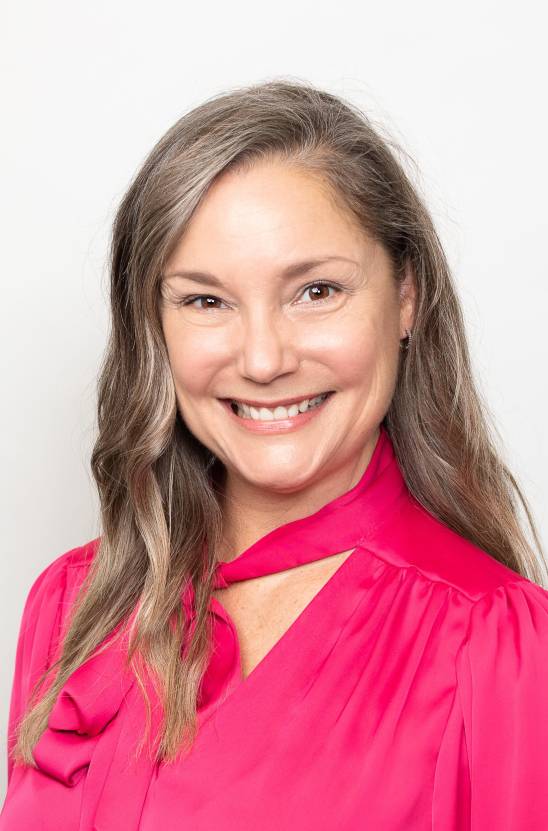 In addition, she has 2 years of service with the OACIQ, which makes her a solid resource in protecting your interests for any real estate transaction. We are proud to add her as a new member of our management team!

Contact us if you believe you have the skills and motivation to pursue a career in real estate!

Our entire team is instructed to provide you with all the necessary tools so you can achieve the goal of becoming a real estate broker.

RE/MAX du Cartier is comprised of six offices in Montréal: Plateau Mont-Royal, Outremont, Ville Mont-Royal, Villeray, Hochelaga-Maisonneuve and Laval. Please use the form below to contact us. 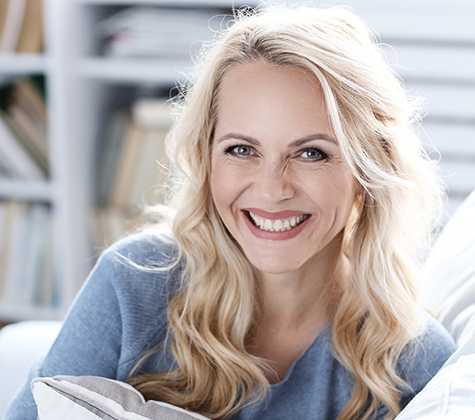 RE/MAX du Cartier has been involved with Opération Enfant Soleil since 1995. To this day, RE/MAX Québec has raised more than $21.5 million to improve children’s care, with nearly one million coming from our agency.

Your message has been sent, we will contact you soon.